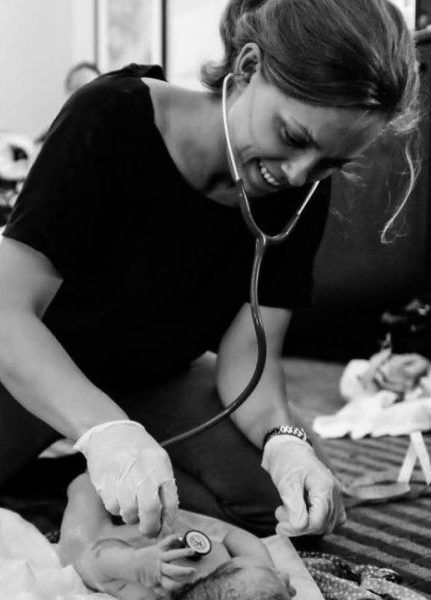 My journey to midwifery began a few years after high school on an exploratory trip to east Africa where I visited a family friend who was a midwife in Rwanda. It was there, in the slums of Kigali, that I attended my first birth. I was overcome with wonder at the miracle and majesty of what I was privileged to witness. That following September I began the Midwifery Education Program at Laurentian University. After graduating with honours in 2014 (the same graduating class as Kimberley Tigani!) I began work in Fergus. In 2016 I got to experience midwifery from another perspective as our first daughter was born that year. I took an extended maternity leave and had our second daughter in 2018. I am so grateful for the care I received from my midwives and I am excited to be able to return to work at Norfolk Roots Midwives. It is an honour to provide care for parents during such life changing experiences.

Are you interested in being a client of Norfolk Roots Midwives? Please fill out our intake form and we'll contact you regarding care.